Adderall and Coffee: Do They Mix?

Adderall is a central nervous system stimulant. It acts to speed up the transmission of electrical and chemical signals throughout the central nervous system. Caffeine is also a stimulant. Each of these substances has an effect on the brain, and when taken together, their effects may be multiplied.
Adderall
Adderall is primarily used in the treatment of ADHD symptoms such as inattentiveness and hyperactivity while increasing attention span. Adderall does this by boosting the effects of dopamine and norepinephrine in the brain. That means it can be habit forming, so it’s use should be carefully monitored by your health care provider. Adderall is a federally controlled substance. Using Adderall without a prescription or a doctor’s supervision can be dangerous.
Though Adderall is safe when used as directed, it has a history of being used illicitly, and has been called “the study drug”. Adderall is sometimes used by people in hopes to boost their school, work, or athletic focus. What is the largest group of abusers? College students looking for a boost in scholarly performance and a reduction in the need for sleep. According to a study in Substance Abuse Treatment, Prevention, and Policy, more than 7 percent of adults ages 18 to 49 abused medications intended for the treatment of ADHD. Taking large doses of the medication can lead to feelings of temporary euphoria, likely another reason it is abused. Amphetamines like Adderall cause the blood pressure and heart rate to rise and glucose levels to spike. The may also cause nervousness, insomnia, dizziness, nausea, and headache.
Withdrawal symptoms are usually only experienced by those who are abusing Adderall and taking too high a dose. These symptoms include sleep disturbances, anxiety and irritability, intense hunger, panic attacks, fatigue, depression, lack of energy, phobias, powerful cravings for more of the drug, and even suicidal thoughts. Though not everyone experiences these withdrawal symptoms, a slow tapering off may help you avoid them altogether.
Caffeine
Caffeine is a naturally occurring psychoactive chemical found in cacao beans, coffee beans, tea leaves, yerba mate leaves, and kola nuts. Additionally, it is added to some pain relievers and medications. One cup of coffee contains anywhere from 60-160mg of caffeine. It is also found in tea infusions, chocolate, yerba mate, and many sodas and energy drinks.
Caffeine is a stimulant which helps you feel alert and less sleepy. Too much caffeine can cause jitters, nervousness, even temporary muscle shakiness. It has the potential to increase your blood pressure and heart rate, and even cause irregular heartbeats. In some cases, feeling of anxiety or panic have been expressed when taking caffeine. Too much caffeine can also make it hard to go to sleep or stay asleep.
Caffeine can stay in your system for up to six hours. If you remember your first cup of coffee, you were probably excited at just how alert you felt after the first drink! Now, it may take a few cups of coffee just to get you out of bed in the morning. This is due to the fact that your body builds up a tolerance to caffeine. The more you use it, the more tolerant to it’s effects you become. It is possible to become dependent on caffeine and to experience withdrawal symptoms if you suddenly stop taking it. Symptoms include agitation, headaches, anxiety, or feeling of depression.
Do They Mix?
Adderall and Caffeine are both stimulants. They both have an effect on the brain, and when taken together, their effects may be multiplied. While there are no formal studies saying that mixing caffeine with Adderall is unsafe, it is probably not a good idea. Both substances can cause nervousness, anxiety, jitters, and agitation. Both have been tied to cases of insomnia, and using them together may increase the chances of having insomnia. As they both raise heart rate and blood pressure, this combination can be especially dangerous to those with existing heart conditions.
If you are wondering if Mixing Caffeine and Adderall is a good idea, it might not be. Talk with your doctor about potential risks associated with using both drugs simultaneously, and then decide if it is right for you or your child.
To learn more about health topics that concern the whole family, please visit
﻿ 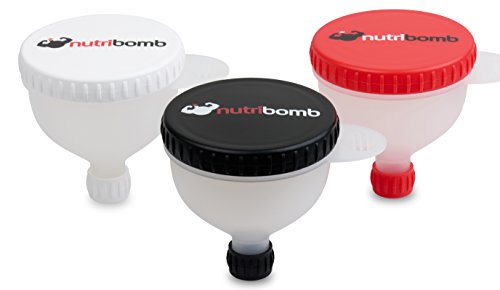